Investment Outlook- Parting of the Clouds 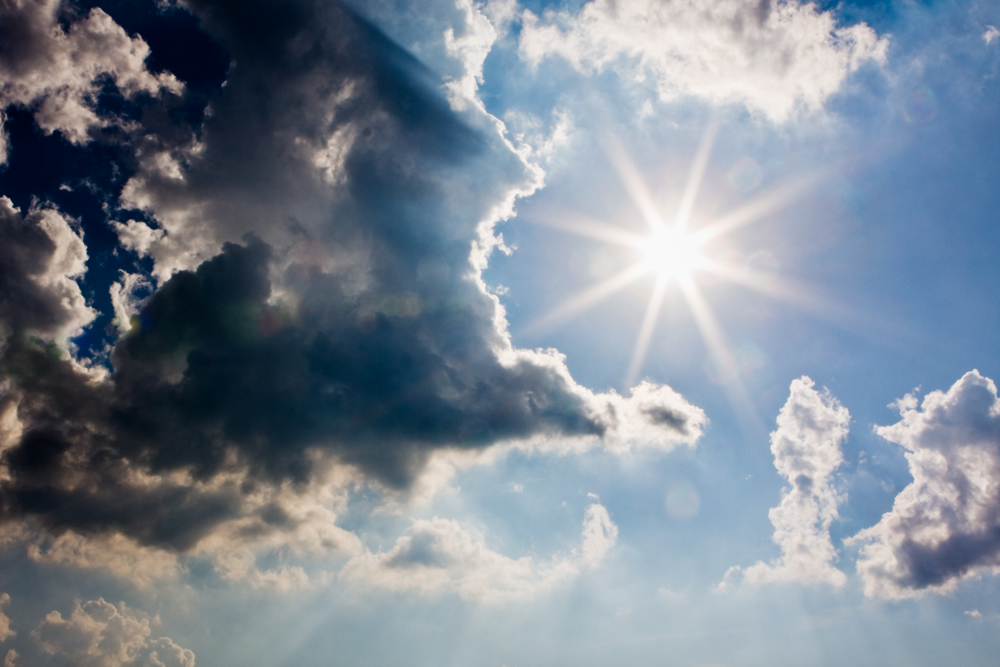 The decade is ending on a high note, but the journey was anything but celebratory.  As the market worked higher and higher in 2019, investors focused on every potential lurking risk rather than enjoying the steadily improving economy.  The year began mired in uncertainty with very real recession possibilities.  The year is ending with one of the strongest markets of the decade, uncertainty dissipated, and a recession likely averted for at least the next 12 months. Throughout the year, interest rate, trade and global uncertainties all slowly receded.

While 2018 ended with a crushing market correction over interest rate uncertainty, 2019 started with that uncertainty lifted.  The stock market rallied early in the year as the Federal Reserve assured investors that interest rates had peaked and would likely decline through the year.   2019, then, was the year that even the most casual investor learned the definition of the yield curve.  And when short-term rates on U.S. Treasury bonds exceeded longer-term rates, the inversion seemed to signal that a recession was imminent.

Three interest rate cuts later by our Federal Reserve and the year is ending with an upwardly sloping U.S. Treasury yield curve, possibly averting a recession entirely. We expect the Federal Reserve to be on pause through at least the first half of 2020 and only in hindsight will we be able to determine if changes in the shape of the U.S. Treasury yield curve are still a canary in the coal mine for our economy.

Despite the interest rate uncertainty and yield curve inversion, the U.S. continued to grow at a slow, steady pace with a consistently strong consumer, historically low unemployment and strength in almost every sector except manufacturing.  Many measures of economic strength slowed, but they did not point to a looming decline.

The latest data from November continue to reflect an economy showing no signs of an imminent recession.  The latest jobs report shows more job openings than expected, with employers reporting they struggle to find employees to fill their needs.  Shoppers may be turning away from some traditional stores to online purchases, but the November Redbook retail sales report showed same store sales growth for the past year, a strong 4.6%.  With low interest rates, new construction and housing starts continue to be an engine for our growth and November housing starts surged higher again.  Even the latest industrial production report improved 1.1%, perhaps suggesting that the manufacturing sector has seen its bottom and may soon emerge from its own “manufacturing recession.”

Earlier this month, the debt ceiling was raised in the U.S. House, avoiding a government shut down and this week the Senate approved the measure. Not only will the economy dodge the continual threat of a government shut down, but the latest legislation also has some “Easter eggs” in it for Americans in the new SECURE Act that encourages greater retirement savings and more investment options for workers.

Perhaps the most significant change from the beginning of 2019 to the end, was the clearing of a number of trade uncertainties.  This month, Boris Johnson won a majority in Parliament assuring the U.K. will be withdrawing from the European Union. The USMCA was passed by the U.S. House and a first round China trade agreement has been announced.

Earlier this month, the U.S. House passed the USMCA- the new, improved trade arrangement for North America.  In the wake of a pending agreement with China, USMCA did not get as much attention, but it promises much more economic upside for the U.S. in the near term.  The U.S. exports over 5x as much to Canada and Mexico than it does to China, and the terms of this agreement, with its benefits for auto manufacturers and dairy farmers, has the potential to add hundreds of thousands new jobs across the three countries. The deal has been moved to the Senate for approval and both Mexico and Canada will also need to officially approve the agreement.

The USMCA was followed up, of course, by word of a first-round agreement with China.  The details are still unclear, but both Wall Street and Main Street are already applauding.  The extended trade tensions with China stalled investments for many U.S. companies that simply couldn’t make future plans.  Regardless of the rest of the details of this first agreement, it cancels tariffs that were scheduled for December 15th, and reduces the September tariff increases by half.  Any first agreement with China allows many U.S. industries to start to move forward with more certainty.  Watch for the timing of final agreements with China in 2020 to coincide with election timelines for maximum impact.

Finally, Brexit is now assured for the U.K. and while the path to E.U. independence is likely to be rocky, investors now appreciate that certainty as well.  The U.K. is expected to withdraw from the E.U. at the end of January and then will need to negotiate new trade agreements.  The transition can be extended as long as December 31, 2022.  This negotiation process may prove even more contentious than Brexit, delivering continued volatility to European markets throughout the next couple years.

As we approach a new year, the trending themes haven’t changed.  The media continues to rotate its headlines among China’s trade and economic weakness, slowing growth in the U.S. and abroad, a global manufacturing recession, the Presidential election and impeachment, and Brexit.  These are the same refrains we have been hearing for some time and there is no new information or analysis to them.  While investors will stay attentive to these issues, we expect them to become increasingly immune to the rhetoric.  As we saw in the second half of 2019, we expect investors to shrug off headlines in favor of facts and policies.

Despite the strong stock market this year, investors enter 2020 with skepticism and caution, not exuberance or elation.  Though the market indices are reaching new highs, investor sentiment is not extended, and, if anything, negative sentiment has reigned.  No one seems more surprised by the market strength of 2019 than investors themselves.  It is important to recall that though the stock market has made new highs, it is only after retreating from nearly those same levels back in the summer of 2018- effectively the market has gone sideways for some time.  In fact, as of the end of the 3rd quarter this year, the market was up less than 3% year-over-year, due to the market correction in the end of 2018.  The market has gained much of its ground, then, this past quarter as corporate earnings met expectations and trade uncertainties lifted, as discussed above.  We have been asked by many if we think the equity market is now over-valued and due for a correction.  Going into 2020, we are likely to see some profit taking in the equity market as investors sit patiently through the beginning of the year and await increased clarity on corporate earnings and the U.S. election.  We don’t see the market as over-valued, though.  It has been a modest year for corporate earnings due to the overhang of trade uncertainty for all businesses.  Next year, we expect to see stronger earnings growth that can support current valuations and even push the equity market higher.

In contrast, in the fixed income market, we believe the search for yield over the past year has led to stretched valuations.  Here we see more risks to the downside than opportunity to the upside.  Stable interest rates in the first half of next year will continue to encourage income-hungry investors to seek increasingly risky fixed income structures.  We will continue to focus on high-quality choices that may not generate much income but can offer downside protection in volatile markets.

2020 also marks the start of a new decade.  While there is no magic to the rolling decades in the markets, we should acknowledge that there is a history of market changing leadership over time.   Those sectors that have produced the strongest returns in the past tend to change and cycle over the decades.  Now is the time to consider that the giants that have most recently fueled the markets- such as the FAANG stocks- are unlikely to fuel the next leg up for the markets.  We try to always stay fresh in our thinking and our analysis of the technologies and demands that will produce future economic growth. In this, we have seen that the U.S. always prevails.  The U.S. continues to support the most flexible and innovative economy in the world, able to spawn and nurture new ideas and new ventures to the envy of the rest of the world.  We look forward to identifying those new trends and leaders for the future.

For 2020, we continue to see opportunity for investment and growth in portfolios for the next year and the next decade.